"Spooky City" Contest: Will you take home the prize? 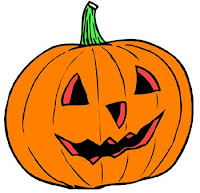 One thing that grabbed my attention yesterday was that among the several great new entries we received yesterday, very few of them were about Halloween. Is this a difficult topic to write about? I submit that it is not. If it is, any ideas you do have will be that much more competitive.

Remember that you will be considered for the contest by adding a new entry related to Halloween with an appropriate definition to any city on City Dictionary. Relevant Halloween entries include, but are not limited to, the following examples: I'm sure you can think of several examples of these for your town. You are allowed multiple entries for the contest, so feel free to write on any number of topics to improve your chances.

Posted by City Dictionary at 6:47 AM No comments: 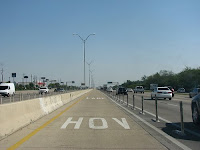 Today's Word of the Day, Slugging (from Washington, DC), is one of my all-time favorite entries on City Dictionary.
The concept is ingenious: 1) Form a line of passengers near the freeway, 2) hitch a ride from a car passing by to make a total of three or more passengers, and 3) take a ride on the freeway in the High Occupancy Vehicle (HOV) lane and get to work quicker.
If you do this, you're slugging. What sets it apart from other forms of hitchhiking is that both the driver and the passenger benefit. The drivers may benefit from the slugs just as much as the slugs benefit from the drivers.
While I was searching for the origin of the word "slugging", I came across this great online resource for slugging has an about page that covers the history of the phenomenon. According to this source, the word "slug" originated from toll booth attendants who were warned of fake coins from commuters called "slugs". Then, in the 1970s, when people started to form lines to hitchhike and take advantage of the new HOV lanes, buses often stopped to pick these people up. Annoyed by the false bus riders, bus drivers became better at distinguishing between real bus patrons and the fake ones, then deemed "slugs".
Again, I was delighted to find such a thorough source on this neat term for Washington, DC. Please check out the about slugging page and learn more!
Image Source:
http://www.flickr.com/photos/fatguyinalittlecoat/ / CC BY-SA 2.0
Posted by City Dictionary at 7:38 AM No comments:

Where does "spuckie" come from?

Today's Word of the Day, Spuckie, has a few competing definitions that contradict one another with respect to the word's origin. As any responsible researcher would do, I googled it. (Wink.) Several online sources confirm that "spuckie" comes from the Italian "spucadella", which is a long Italian roll. My findings appear to lend credence to this definition:

spuckie is a word used to describe a submarine (sub) sandwich. It comes from the Italian word "spucadella" which is an italian sandwich roll. It most likely came from the Italians in the North End and elsewhere... (see full definition)

As for the word's origin in Southie (South Boston), most sources seem to leave that out.
As for the word originating from the Italian "spacato", I must plead ignorance. I don't speak Italian, and I am not familiar enough with Boston English to give a firm ruling on this.
Can anyone help out with this?
Image Source:
http://www.flickr.com/photos/lobsterstew/ / CC BY 2.0
Posted by City Dictionary at 6:46 AM No comments: 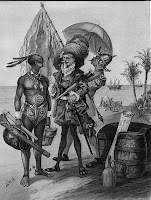 Different people often use different words to describe today's holiday. Some celebrate the opening of the New World to European exploration, while others celebrate (or lament) the first interaction between the Spaniards and (Native) Americans, and the civilization that developed as a result.
The name of this day of discovery also changes from one culture to another. Today is Columbus Day in the United States, but did you know that our American neighbors to the south celebrate the same holiday under different names? In Costa Rica, for example, The Day of the Cultures (El Día de las Culturas) paints a rosy picture of multiculturalism. In Mexico, The Day of the Races (El Día de la Raza) alludes to the mixing of Spanish and Indigenous cultures (and phenotypes) that is the foundation of Mexican civilization. In Venezuela, The Day of Indigenous Resistance (El Día de la Resistencia Indígena) glorifies the Pre-Columbian indigenous culture of the New World. (Learn more about Columbus Day.)
---------
Today's Word of the Day, Neutral Ground, also deals with the collision between different societies, and may also mean a number of different things to different people.
I first learned this word as a New Orleans term for the median of city streets. As a former student of history, I loved the word's colonial origin as a meeting place for the French and the Spanish to trade.
Recently City Dictionary Citizens have taught us different meanings. For example, Neutral Ground is also one of the names for a territory in Western Louisiana that was disputed between Texas (then a part of Spain) and the United States, the latter of which recently gained adjacent territory in the Louisiana Purchase. To avoid confrontation, the two parties agreed to keep the strip of land neutral. The Neutral Ground was officially called the Sabine Free State, and has also been known by other names, including Neutral Strip, Neutral Territory, and No Man's Land (according to a Wikipedia article).
---------
While we're talking about words colliding, some might mistakenly label Columbus as the man who proved the Earth was round. This simply isn't true. Eratosthenes, studying at the great library of Alexandria, discovered the roundness of the Earth in 240 BC and measured our planet's circumference with astonishing accuracy.
Here's an article that explains his discovery: http://www.wired.com/science/discoveries/news/2008/06/dayintech_0619
Here's Carl Sagan's story of Eratosthenes' work: http://www.youtube.com/watch?v=0JHEqBLG650
Maybe the average 15-century Spaniard thought the Earth was flat (and maybe even Fernando and Isabel themselves), but the winning argument had already been made available for nearly two millennia before Columbus set off for the Orient. Plus, he would have only proved the Earth was round (something that had already been done before) had he actually found the Orient by sailing west. Of course, we all know he came across something entirely different.
Posted by City Dictionary at 10:50 AM No comments:

Say you what? You may or may not have heard of "believe you me", which is today's Milwaukee Word of the Day. I have heard this plenty of times, but maybe that's because I'm from Wisconsin.
Rather than thinking of this bizarre syntax as improper, informal, or simply a regional anomaly, consider its historical origin:
Michael Quinion from World Wide Words, who writes on international English from his own British perspective, traces this verb-subject-object word order back to the 1611 version of the King James Bible. He finds many passages in which a person said something to the tune of "hear ye me" when someone wanted to emphasis a point.
Quinion also notes that the specific phrase of "believe you me" is a rather modern one in America, showing up in writing for the first time in 1919.
What remains unclear is how widespread this usage is currently in the United States. Again, people still use it in Wisconsin to preface an important statement, but where else does this phrase show up? I'm interested to hear your comments...inform you us :)
Posted by City Dictionary at 10:02 AM 6 comments:

Email ThisBlogThis!Share to TwitterShare to FacebookShare to Pinterest
Labels: american english, believe you me, syntax, verb-subject-object

Our City Dictionary poll widget contains a few regional vocabulary questions that deal with brand names that are often used as a generic term.

Take "Coke", for example. In parts of the Southern United States, a coke can be
any kind of sweetened carbonated beverage. A soda or pop (or whatever you say), no matter what the actual brand, is considered a coke.
This is a classic example of a brand name becoming generic. Coca-Cola has even sent representatives to restaurants to make sure that when a customer orders a Coke, he isn't given a Pepsi or some other perceived equivalent. This is a negative consequence from Coca-Cola's perspective, but of course such a consequence only arises as a result of dominant position in the product category. Even if the brand could be considered diluted as a generic name for the product itself, the brand recognition is still strengthened and its staying power is solidified for many years to come.

Another example clear example is Kleenex brand tissues. In our Tissue vs. Kleenex poll, 66% of respondents say Kleenex instead of tissue.
Other brand-name-as-generic examples include the following:
Band-Aid as bandage (at least a small, disposable one)
Scotch tape as invisible tape
Walkman as portable music player (although MP3 players have certainly changed this)
There are many more examples that you wouldn't even suspect were ever brand names, such as "dry ice".
Google has even managed to make its brand a verb. As far as I know, this hasn't happened since Xerox became the verb "to photocopy", as well as the noun for "photocopy".
Can you think of any good examples of genericized brands?
Posted by City Dictionary at 2:35 PM 11 comments:

City Dictionary: Word of the Day

City Dictionary in the News